By Nickolas Carroll Getting Started  Overwatch is an action-packed hero shooter where a team of 6 takes on another team in a variety of game modes. It’s a battle of strategy, synergy, reaction time, and gun skill.  Roles Each player fills a specific role on the team that is a built-in mechanic of the game.…

Overwatch is an action-packed hero shooter where a team of 6 takes on another team in a variety of game modes. It’s a battle of strategy, synergy, reaction time, and gun skill.

Each player fills a specific role on the team that is a built-in mechanic of the game. There are three roles: Damage, Tank, and Support, with characters that fit into each section.

Damage – Damage heroes seek out, engage, and obliterate the enemy with wide-ranging tools, abilities, and play styles. Fearsome but fragile, these heroes require backup to survive.

Support – Support heroes empower their allies by healing, shielding, boosting damage, and disabling foes. As a support, you’re the backbone of your team’s survival.

There are currently 32 characters in Overwatch that fit into the 3 roles previously mentioned. Each character has a set of 3 abilities that go on a cooldown after use, as well as a powerful ultimate ability that has a significantly higher cooldown timer. Each ability is unique to its character and role, which means they each have their own unique cooldown timer too. The abilities can be used together to create powerful combos that could kill an entire team, allowing for insane team fights. Another difference between each character is how they do damage outside of their abilities, some use guns while others use melee weapons or magic. Reinhardt here is the perfect example of a tank, his big body, and defensive ability kit helps protect his team. 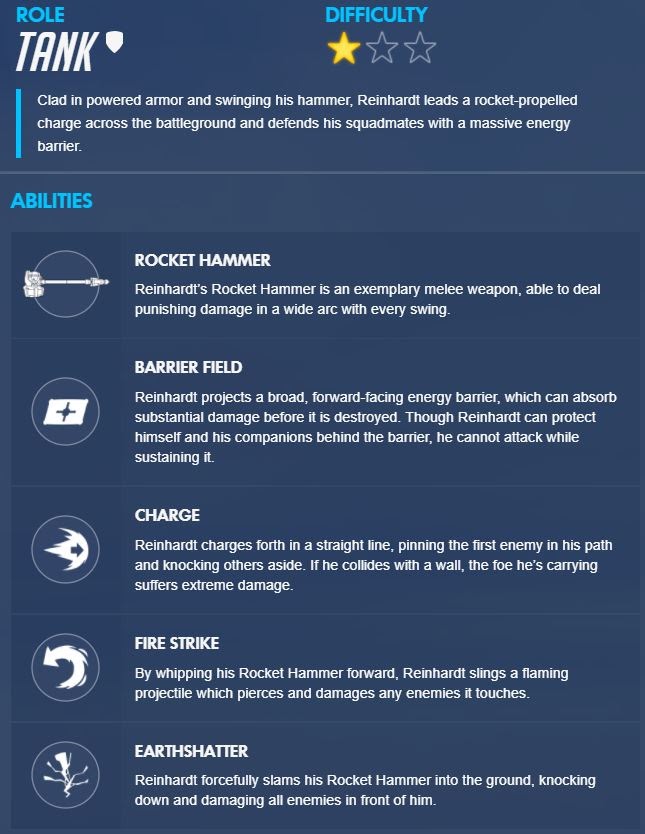 Genji on the other hand is a damage-focused ninja who plays totally different than our protector Reinhardt. 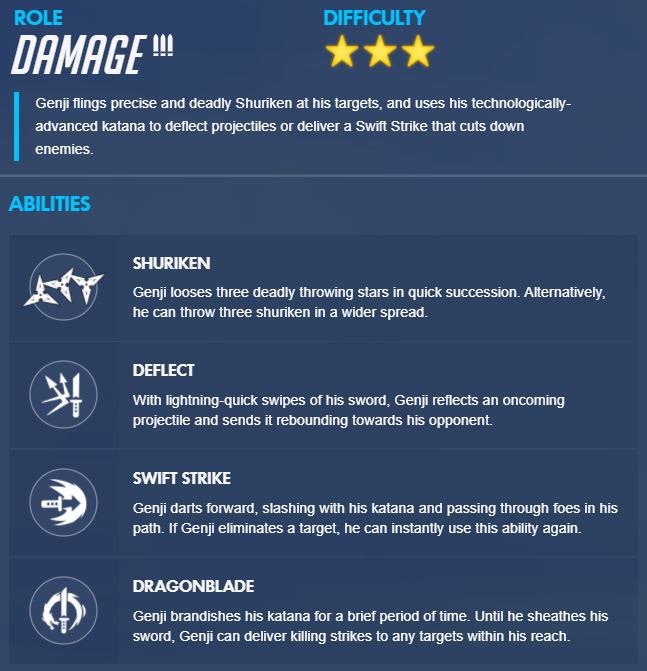 There are 4 different game modes played in competitive Overwatch: Control, Assault, Escort, and Hybrid. Each game mode has a set of maps that it is playable on, rounding out to 21 competitive maps. These maps are set in various locations around the world, including Greece, Paris, Nepal, etc.

Control –  Teams fight to hold a single objective and the first team to win two rounds wins the map.

Assault –  Attackers fight to capture a series of objectives; defenders hold them off until time runs out.

Escort – Attackers escort a payload to a delivery point, while defenders strive to stop them.

Hybrid – Attackers capture a payload, then escort it to its destination; defenders try to hold them back.

Now that you have some understanding of when to cheer and when to boo, it’s time to grab a bowl of Lucio-Oh’s and watch the magic of Overwatch.