By: Nickolas Carroll Andrew “Hal” Goewert is one of the founding fathers of the Mizzou Esports program, and while he has since graduated and moved away from campus, his impact is felt every day. It all started when he was a political science student at the university and met someone who wanted to start a… 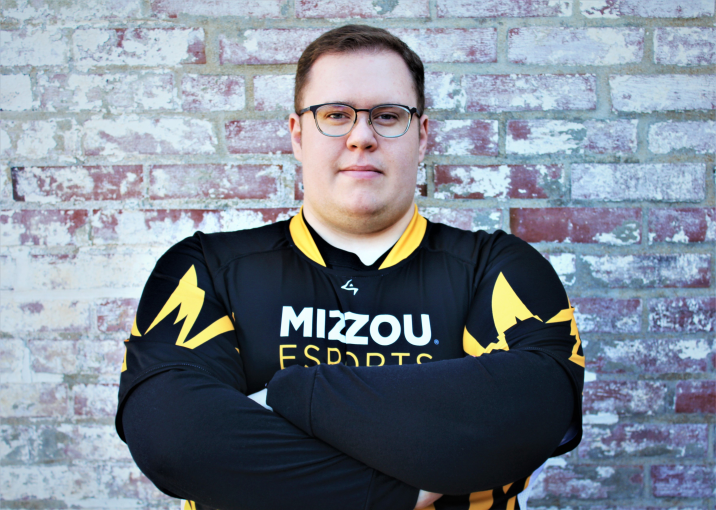 Andrew “Hal” Goewert is one of the founding fathers of the Mizzou Esports program, and while he has since graduated and moved away from campus, his impact is felt every day. It all started when he was a political science student at the university and met someone who wanted to start a competitive Overwatch team. While competing in tournaments, they were approached by Kevin Reape, who was working in marketing for Student Affairs at the time and planning a larger esports program at . He came to them with the hope of expanding esports at the school, intriguing a young Goewert.

At the time, Goewert had no plans of working in esports, he had just completed an internship in Washington D.C. for Emmanuel Cleaver of the congressional black caucus and imagined a career in politics. While speaking of the experience, Goewert said, “It was very eye-opening, but also sort of burnt me out. It made me want to make sure that I personally work for people or companies where I believe in the direction they are going. I want to be passionate about what I do.” While a student he was a part of the student government and the president of The Associated Students of the University of Missouri where he made sure the voices of the students were heard.

After meeting, Reape and Goewert got to work creating the Mizzou Esports program, they had big dreams and while some have come to fruition they keep looking forward towards expansion. “Mizzou really launched my passion and career for esports. Kevin and I were learning together about what collegiate esports looks like and creating what we dreamed of” Goewert reflects. When initially forming the program, Goewert was in charge of the philosophical side of things, specifically how the program should run. “We want to put forth the best competitors and best students, so they have the opportunity to explore their education and passions while competing under the flag of Mizzou, we want all of the students to be leaders,” Goewert said.

His role with the program opened the door for him in his current career. He was hired in August to be a tournament organizer for NerdStreet, a successful organization that hosts and sponsors hundreds of tournaments every year. He has also started his own program which was recently rebranded as QARA in late October and competes in the path to professional Overwatch series. “I can’t thank Mizzou enough for the opportunity they gave me,” Goewert said. “I count myself very lucky because that experience really ignited my passion for esports and kickstarted my career.” After taking these roles elsewhere he has taken a small step back from the Mizzou program, helping to moderate the Mizzou Discord server and organizing community outreach events.